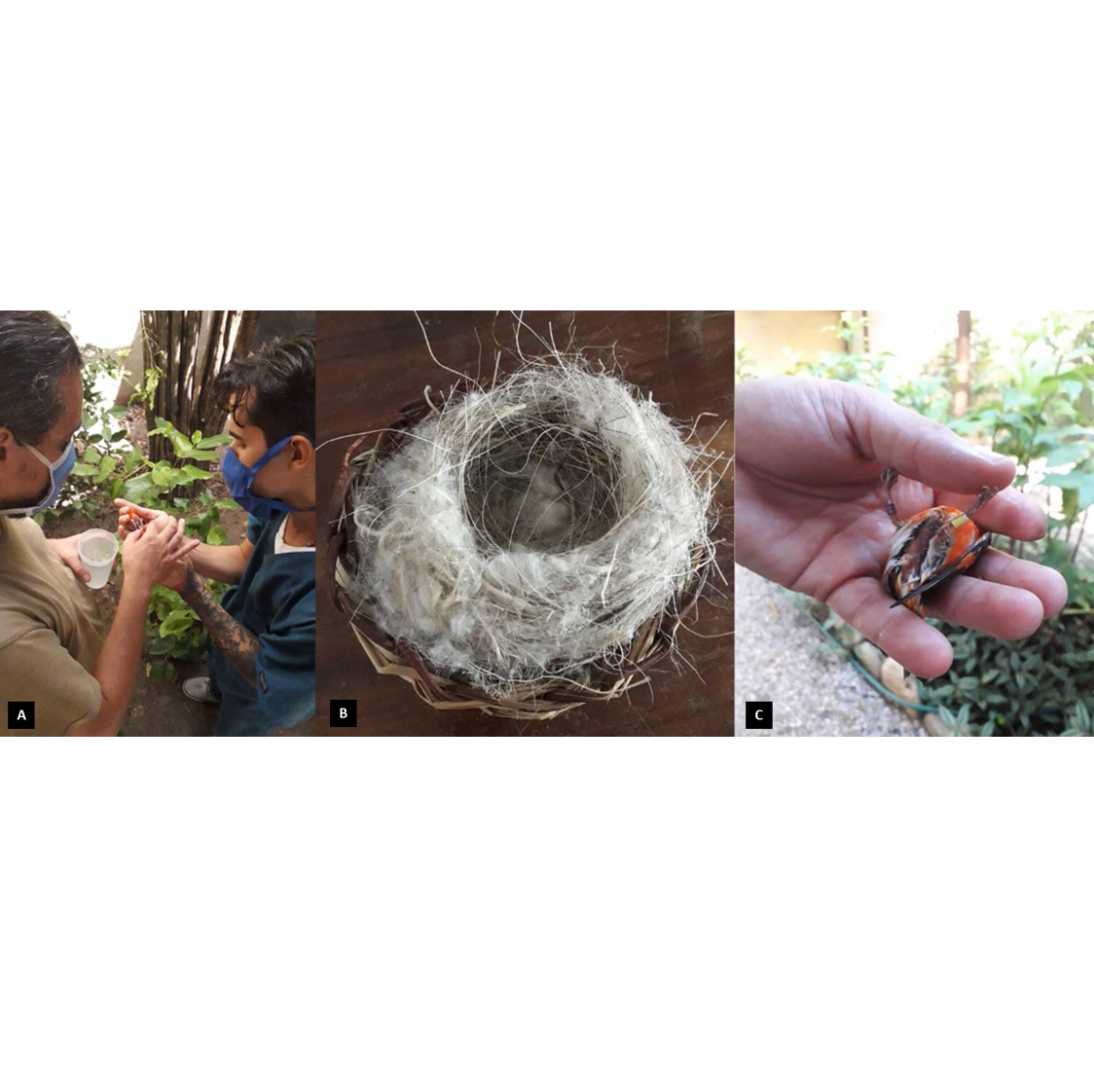 The species is most reproductively active between the months of April and October, coinciding with rainy periods in its native range. Therefore, we timed the first captive breeding attempt ever for conservation purposes in Venezuela during this same period. RSCC Coordinator Leonel Ovalle-Moleiro, DVM, and technical adviser Enrique Azuaje, DVM, placed five pairs of red siskins together; three of the pairs are composed of experienced adults and the other two pairs are younger birds. All were cessions from private breeders or confiscations from trappers. The facility and protocols have been designed to reproduce this critically endangered species in the most natural way possible, using food, nesting, and perching elements from their native habitat. The goal is clear: increasing the population so that they may be reintroduced into the wild in the future.

In this first attempt, Leo and Enrique are testing a minimal-intervention approach, encouraging natural reproductive behaviors as much as possible. A diverse coalition of partner organizations is advising conservation breeding at RSCC, including avicultural organizations such as the Red Siskin Specialists and Aviculturists Network (ReSSAN) in Venezuela, the National Finch and Softbill Society in the US, and the Queensland Finch Society in Australia, as well as experts from Smithsonian’s National Zoo and Conservation Biology Institute, the Avian Protection and Education Conservancy (APEC), and other international zoos and conservation centers with extensive experience in captive breeding for conservation purposes.

In February, aviaries were supplied with nesting materials. In March birds were started on a nutritional plan specifically designed to promote reproductive readiness by combining a variety of seeds, supplements, and natural plants. The behaviors and preferences of the birds are carefully documented to increase our understanding of their reproductive biology and to inform potential adjustments and improvements to RSCC protocols.

Now that the rainy season has started, our pairs are showing interest in breeding: they are manipulating the natural materials they’ve been offered (twigs, fibers, bark, and cotton), and have started building nests.  Leo and Enrique are carefully recording their observations and experiences to evaluate the effectiveness and continuously improve.

We hope to have more interesting news to share about these busy pairs soon!

Photos: A) Leonel and Enrique evaluating the birds, B) A nest built by a female Red Siskin, C) Male Red Siskin during the evaluation