In search of the Golden-winged Warbler in Red Siskin habitat 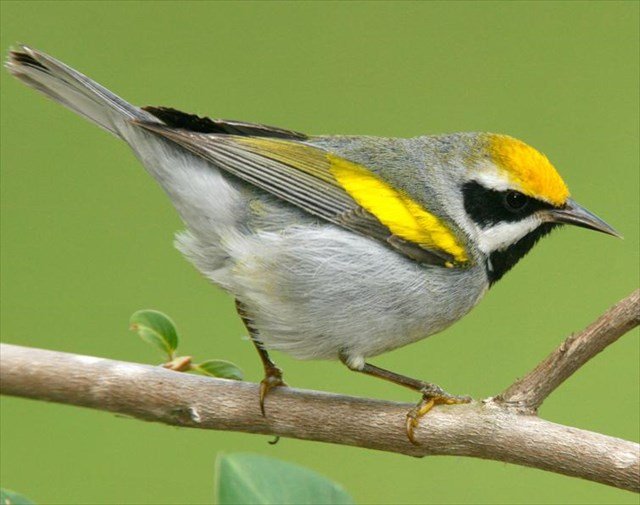 The Golden-Winged Warbler, (Vermivora chrysoptera, or Reinita Alidorada in Spanish), which is listed as Near Threatened by the IUCN criteria, uses some of the same habitat as the Red Siskin. Thanks to a grant from the American Bird Conservancy (ABC), a valued partner on multiple RSI projects, we are expanding our field work to include monitoring of this species to estimate the species’ winter range in Venezuela. Jhonathan Miranda, avian field research specialist, is leading this work with assistance from Katiuska González (Centro de Ecologia, Instituto Venezolano de Investigaciones Cientificas-Caracas) and Lisandro Morán (IVIC-Zulia); who recently joined the RSI team as a field technician.

The team visited three locations of the coastal mountain range of northern Venezuela: Piedra de Cachimbo (Vargas State), which is also the main site of the BF project, Henri Pittier National Park (Aragua State) and Guaramacal National Park (Portuguesa State). While the Golden-Winged Warbler remained elusive, they found other endangered birds, including the Helmeted Curassow (Paujil copete de piedra, Pauxi pauxi) and migrants such as the emblematic Cerulean Warbler (Reinita cerúlea, Setophaga cerulean). Another noteworthy result is that the team recorded several new species for Henri Pittier National Park, which had not been detected in any previous census.