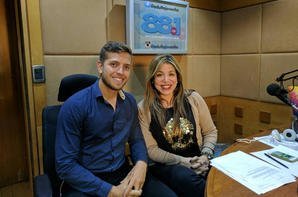 The nature magazine and documentary production company Rio Verde is producing a multi-part series on endangered species in Venezuela. A film crew joined members of the RSI team in the field this summer and the program, which will be released on TV and on-line in 2017, will also feature interviews with team members from Provita and the Smithsonian Institution.

Over the past six months Miguel Arvelo has been interviewed by several radio stations in Caracas, Venezuela about the RSI. We thank radio personalities, Rocco Pirillo (Unión Radio) and Laura Castellanos (88.1 FM, CCS-Ve) for supporting conservation projects like the RSI.