The RSI and the rediscovery of the long-lost Tachira Anttpita 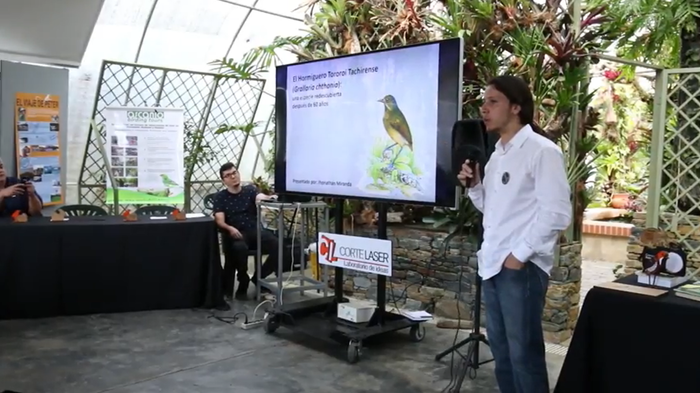 In 2017 the Global Wildlife Conservation Initiative “Search for Lost Species” traced the stories of ten rediscoveries of lost species announced this year. In their annual summary of successful stories, they mentioned the RSI team, highlighting the rediscovery of the species Grallaria chtonia, known as the Táchira Anttpita, which has been feared extinct since 1956. This highlights the RSI’s breadth in conservation, and our ability to help, not only the Red Siskin, but also of other species threatened with extinction.

The Search for Lost Species noted: “The team traveled by foot on steep and narrow Andean trails in the dark to reach the bird’s habitat by dawn, when team members heard the distinctive song of an antpitta they had never heard before.” The initiative will continue in 2018 with several expeditions to find and protect the 25 “most wanted” species, and the Global Wildlife Conservation Initiative will continue to publicize stories of rediscoveries from around the world. You can learn more about the rediscovery this year, click here.

This news was also highlighted within the framework of the award ceremony for the photographic contest “Aves de Venezuela“. In this event Jhonathan Miranda, an RSI field biologist, gave a talk about the rediscovery of the Tachira Anttpita. Jhonathan was part of the organizing team for Aves de Venezuela, in which 102 people submitted 326 photos for the jury’s evaluation, far exceeding organizer expectations. The award ceremony was great fun and well-attended by ornithologists, birders and the general public. The event was a great example of how RSI team members and collaborators amplify our collective achievements. Congratulations! In the following links we share Jhonathan’s talk: Part 1, part 2 and part 3.