Understanding the unsustainable harvest and trafficking of Red Siskins

Home / Understanding the unsustainable harvest and trafficking of Red Siskins 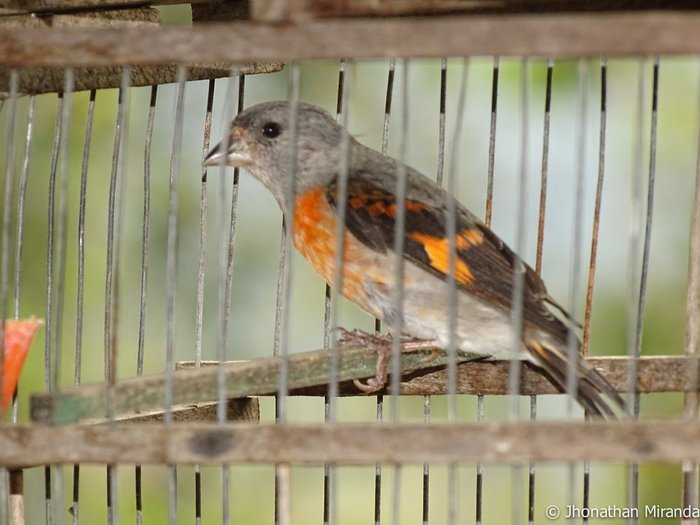 From March to October 2017, the Venezuelan RSI team visited several areas in central and western Venezuela to study Red Siskin trafficking. Dr. Ada Sanchez-Mercado designed interview instruments and a sampling strategy, while field technicians including Arlene Cardozo interviewed different actors (trappers, breeders, merchants, informants and ornithologists) and conducted online surveillance of aviculture websites and WhatsApp and Facebook groups. They are presently integrating field and social network data to identify the most influential actors and their characteristics and motivations, in order to design methods for reducing national and international Red Siskin trade. Their most important discoveries include that at least 2,906 individual Red Siskins were traded in 2016; the main part with a wild phenotype (70%), mutations and hybrids were 17% and 12%, respectively. Venezuela was the country of origin for most transactions (51%), followed by Brazil (21%) and Spain (14%); and was also the most frequent destination country suggesting an important domestic market.

This research has also brought us closer to aviculturists with extensive experience in captive breeding, allowing us to integrate their knowledge in the design of breeding protocols for conservation. We are grateful for funding for this project from the Neotropical Bird Club, as well as logistical support from the Instituto Venezolano de Investigaciones Cientificas (IVIC), RSI team member Leonel Ovalle at Parque Zoológico y Botánico Bararida, INPARQUES,  Reserva Ecológica La Guáquira, Lermit Torres from Grupo Mangle, Ecoparque “Ojo de Agua,” and Mr. Junior Rojas from the municipality Bruzual (Yaracuy, VE). Thank you all for your collaboration!

Are you an aviculturist? The Red Siskin’s fate is closely linked to aviculture, we would love you to learn more, join us and help us conserve this amazing species. Not sure how?  Read this communication!